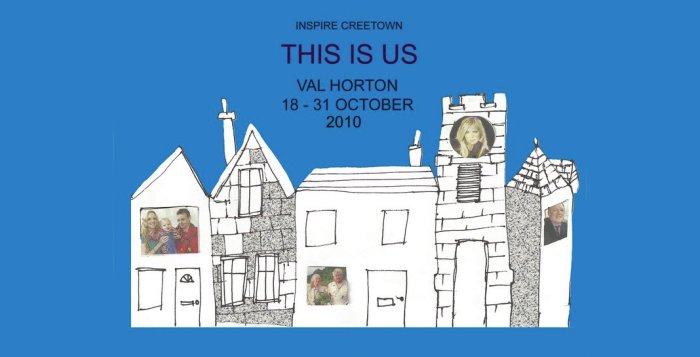 We were successful in securing £60,000 from the Scottish Arts Council to do a year long arts project in the village in 2010. The project had 6 different strands to it, to try and encourage as many people as possible to participate in the arts. By the end over 1000 people were involved and the main themes throughout the year were the history and people of Creetown, past and present, with hopes and visions for the future.

The main strand to the project was the ‘Keekin’ Trail’ of photographs of 126 local residents, displayed in participants front windows. Local photographer Val Horton took the photos and a photograph trail map was created for visitors to follow; effectively transforming the whole of the village into an art gallery. 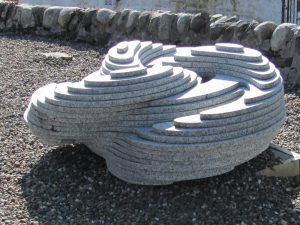 in the village, alongside 3D prints created by the sculpture students.

Additionally a cross-generational drama school project, titled Age Old, took place during the summer of 2010 and was run by drama performance group Glas(s) Performance, culminating in a public performance in Adamson Square. 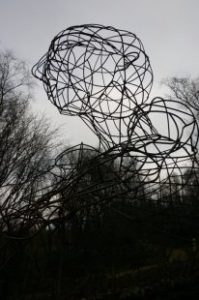 A living willow sculpture called Creebaby was created by Alex Rigg and was placed by the Wildlife Ponds at the top of Balloch wood. It is a 20ft tall beautifully sculpted metal frame in the shape of a baby, with willow, roses and clematis planted at the base, to create a live, growing sculpture. 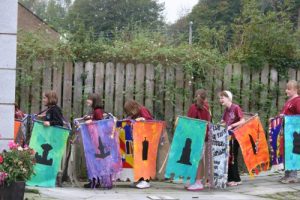 Creetown Primary school children who researched artefacts from across the globe made from Creetown granite for their ‘Granite Homecoming’ performance.

The Inspire Creetown yearlong arts project generated a lot of media interest, as can be seen from the BBC article.