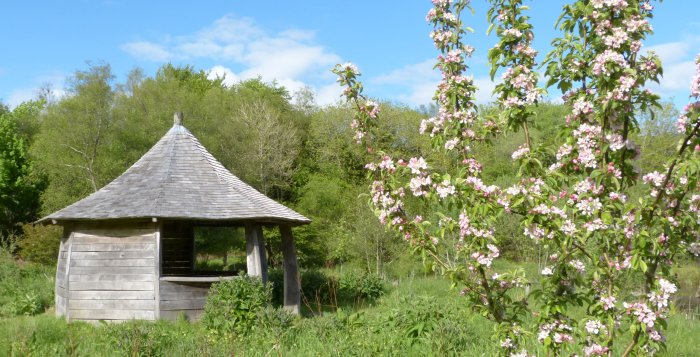 In 2007 the Balloch Community Woodland Project decided to commission the creation of an interpretation shelter and meeting point at the Garrochar Wildlife Pond at the edge of the woodland. Galloway artists Alex Rigg and Gordon Donald designed the structure to be built using green oak and traditional techniques in a roundhouse shape.

The shape of the building is influenced by the form of the trees themselves; it uses a suspended king-post as a central focus and the proportions and curves aim to make the roundhouse both inviting, and interesting. 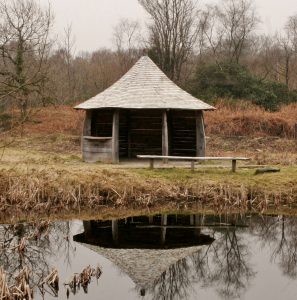 The timber was sourced through Archie McConnel in Penpont and was chosen from trees that were being thinned as part of controlled management in a wood near to Edinburgh. Trees were chosen which had a natural curve in order to give more strength to the roof and walls in the long term. Work began in October 2007 and finished in February 2008. 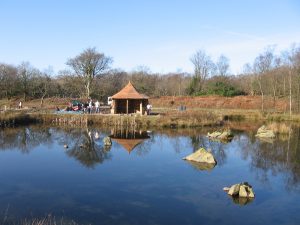