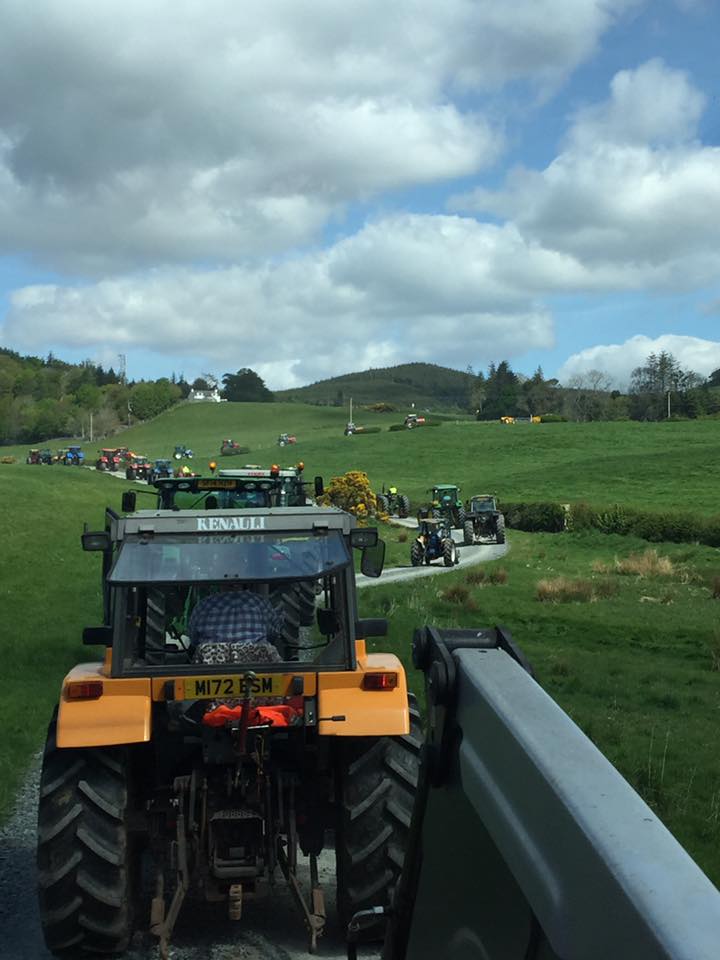 On a beautiful spring morning on Sunday 15th May, 66 tractors of all ages and sizes and their drivers gathered at the WhiskyBroker yard in Creetown to take part in a charity tractor run, in aid of Coeliac UK.

A cause close to his heart, organiser Stewart Birse of Drumraik Farm, Creetown, wanted to mark his 50th Birthday by raising funds and awareness of Coeliac disease; a condition that affects both his mother and sister. Well, he has achieved that and more, by raising over £3500, with donations still coming in.

Drivers ranged in age from 17 to over 70, both men and women and some were seasonal tractor run enthusiasts , whilst others had never taken part in anything of the sort before, however everyone thoroughly enjoyed the day. The large convoy started in Creetown at 10am to a cheering crowd of supporters and travelled along the Old Military Road to Gatehouse of Fleet, through Disdow Wood and then stopped for lunch. They returned to Creetown via Gatehouse Station and Chain Road at 3pm.

“The support from the people of Creetown and Gatehouse of Fleet was overwhelming, waving tractors on and coming up to see the tractors and sample the gluten free baking,” said Stewart Birse. “Feedback from those who took part has been fantastic – many said it was the most scenic route that they have been on.”

You can view a video of the tractor run passing through Creetown on our Facebook page here.