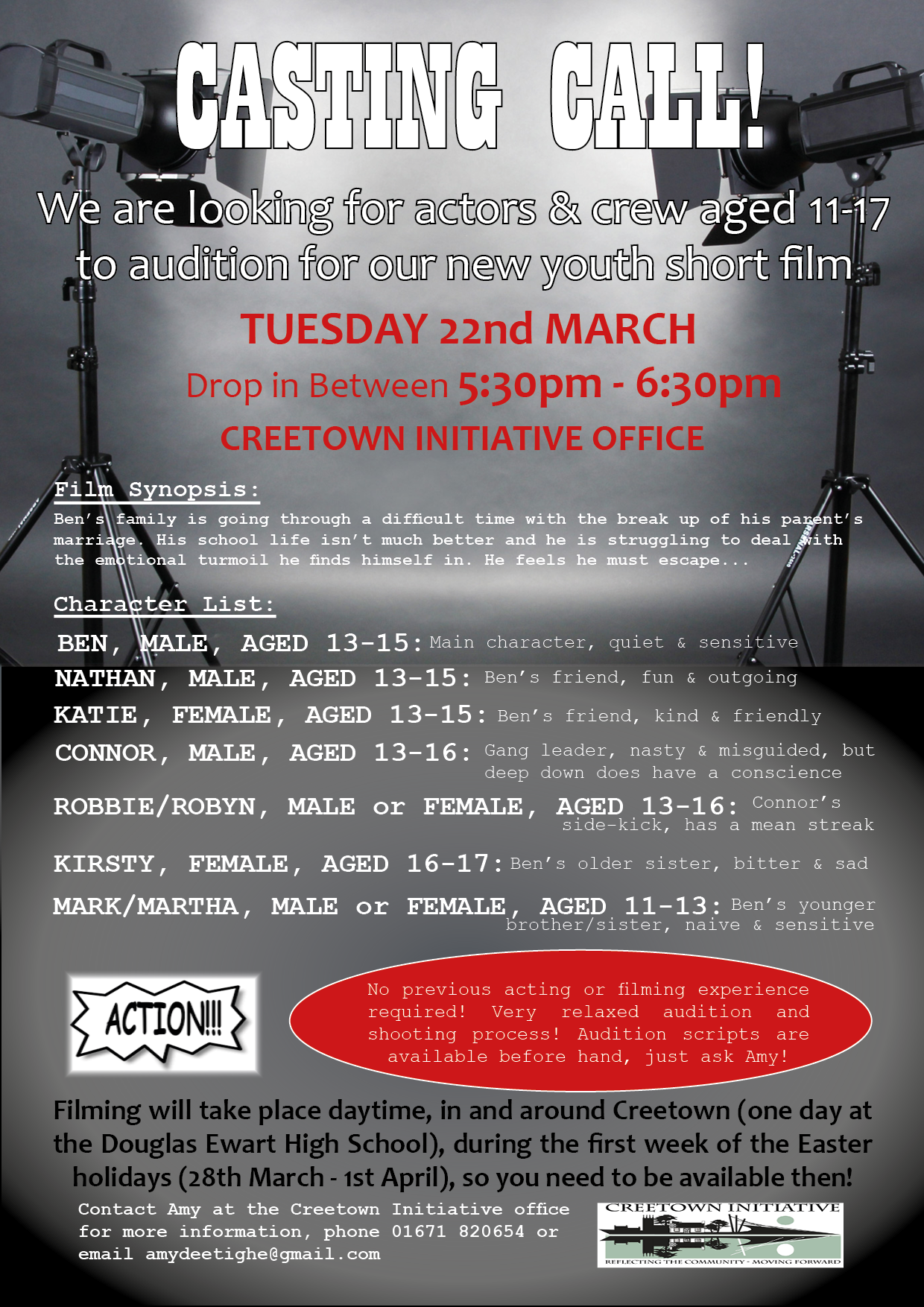 Creetown Initiative’s youth work team will be delivering a series of film making workshops during the first week of the Easter holidays. Young people aged 11 – 17 are encouraged to come along to an informal audition on Tuesday 22nd March 5:30pm  – 6:30pm in the Creetown Initiative office.

Local young person, Ryan Hewitson, aged 15, wrote the short film script and felt he wanted to touch on issues that can often affect young people of his age. The film charts the emotional journey of ‘Ben’, a teenager who is struggling to come to terms with the break up of his parents relationship, whilst dealing with bullying at school and is displaying signs of mild depression.

The film project is open to any young person, regardless of previous acting or filming experience. We need actors, supporting actors and crew (camera, sound, lighting etc) and we have a full semi-professional film kit to shoot the film. Those who would like to be involved will need to be available during the first week of the Easter holidays. Above all, this project is meant to be fun!