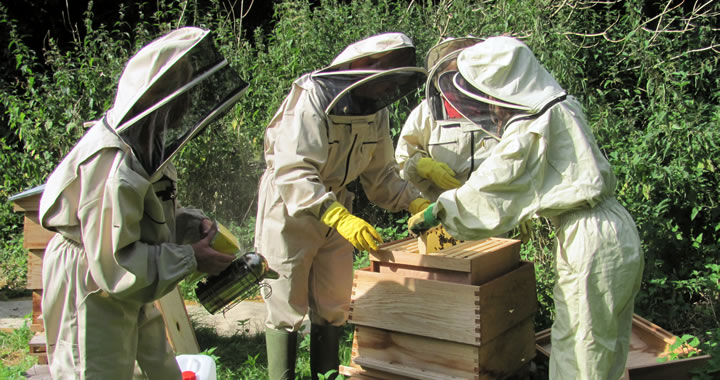 The project has the following aims:

Balloch Wood is approximately 60 hectares in size and contains over 88 species of flowering plants, perfect for foraging honey bees. We have three colonies, each housed in their own hive and were sourced locally in Dumfries and Galloway. The hives are made from British grown cedar, which offers a significantly cheaper alternative and avoids the substantial environmental impact of shipping American timber to the UK.

The hives consist of a base, two brood boxes, supers and a roof. Supers are added as and when the colony needs the space to expand. Initially, until the colonies were established and settled at the apiary site, all three colonies were fed a sugar syrup, a balanced liquid feed. Each of the brood boxes and supers contain ten frames and it is on these frames that the bees build their comb to store nectar, pollen, honey and rear brood. The colonies continue to thrive and are checked weekly. 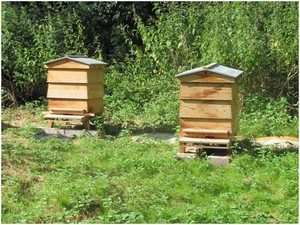 The project helps the European honey bee by alleviating the decline of British populations.

The latest edition of the Ferry News has been uploaded online. You can also find other back copies of previous editions here too.www.ferry-news.co.uk/ferry-news/ ... See MoreSee Less

🌟 JOB VACANCY! 🌟We're recruiting for a Project Worker for our Ferry Friends, Creetown Initiative senior citizens project. If you're interested, please apply with a CV and covering letter by 5pm Friday 20th May to Mrs Chris Ward at chris@creetowninitiative.co.uk ... See MoreSee Less